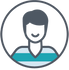 I had filed my 2017 tax return in early 2018.  I discovered some additional deductions and wanted to ReFile.  I went to see roughly the level of return to see if it was worth it as I needed to collect some additional information before I could file it.  It was worth it and then when back to the complete the ReFile, the tax file somehow was using the temporary ReFile information as the original NETFILE.   I tried to use the .ttbk file and it won't work either as it shows.   There must be some glitch on the software that took the rough draft of my ReFile and made it the NETFILE version even though it was already filed.

Any idea how to get my original NETFILE back or change the file and save it so it goes back to originally filed tax claim without sending another one to CRA?