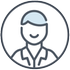 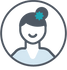 This FAQ shows how to use the Auto-fill My Return service in TurboTax Online: https://turbotax.community.intuit.ca/community/importing-transfering/help/in-the-online-edition-of-t...

That guide was unable to help me, I already have a CRA account, but it would still not import my data.

Fortunately a couple hours later it just randomly decided to work so I did manage to get it to work at that point.

The issue was when I would get to the "import data" step, I would hit continue and instead of importing anything it would just bring me to the T5 manual entering section. Even though I have a CRA account, have used my CRA account with this software before, and have even imported previous years.

No guide was able to explain to me how to actually get to the importing stage. I believe it was either broken or bugged out. After hours of looking for answers that did not exist the import feature began working again. 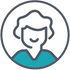 TurboTax informed us that this feature was to become available as of Feb 22.  Now that we are past that date. I only see the option to "Skip Import" at this point.  Please advise when the import is expected.