Turbotax Incorporated 2020 does NOT install

Turbotax Incorporated 2020 does NOT install under Windows 7 Professional??.   While trying to install,  after the Intuit logo appears, the program gives me the following message: "The CRA requires Turbo Tax Business Incorporated to use security software that doesn't run on Windows XP, Windows Server 2003, Windows Vista, or Windows Server 2008 R1 (or earlier)".  Well, I do NOT have any of those OS, I'm using Windows 7 Prof.   Moreover, I tried also suspending the antivirus during installation, some message.  At the very beginning, other message appeared requesting to install "Microsoft Visual C++ 2012 Update 4 Redistributable Package (x86)" which I did install (now that message does not appear anymore), but the initial message still appears.  What can I do now ??   When I bought the software there was NOT a message indicating that it did NOT work with Windows 7 !!! Please, explain. Thank you for your help. 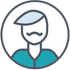 Turbotax Incorporated 2020 does NOT install

Windows 7 OS is no longer supported by TurboTax or by Microsoft.