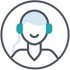 When using authorized online software, it’s not necessary to include the TPF-1.U form when mailing your printed return (even if the information is contradictory on the Revenu site Quebec). TurboTax is authorized by Revenu Québec. For the Online version we have obtained an exemption from Revenu Québec so that our software doesn’t need to print out this form. In TurboTax CD/Download, the form is generated automatically when printing to produce by mail. However, you can’t print it by itself.

I'm using the download version of TurboTax Canada 2017 and I try various of printing the return, none has the YPF-1.U in it. Ironically, your software show a representation on an informational page stating that it needs to be sent... Just can't print it... Can you help?
1
804
Reply

As noted by the other reply here, the problem affects the CD/download version of TurboTax as well as the online edition. Revenu Quebec has confirmed that this is a problem with TurboTax that Intuit has not addressed for 2018; the agent I spoke with said that he is not aware of the issue with any other approved tax software . The return can be submitted on paper without the TPF-1.U as long as either all relevant keying summaries or the complete return and schedules are sent.

However, the TPF-1.U displays QR codes that contains all of the Income Tax Return Data, which can be scanned by Revenu Quebec instead of manually entering the information on the keying summaries or return. Because of that, the return will take considerably longer to process without the TPF-1.U - it could mean the difference between a few days and several weeks, which does a disservice to TurboTax users.

I just spent a long time on the phone (including an hour and 20 minutes initial wait time) to be given a variety of 'solutions' that didn't work followed by excuses that don't make sense, as Intuit apparently will not acknowledge this issue with the desktop version. Given that they refuse to acknowledge the problem, I am not surprised they are unable to solve it.